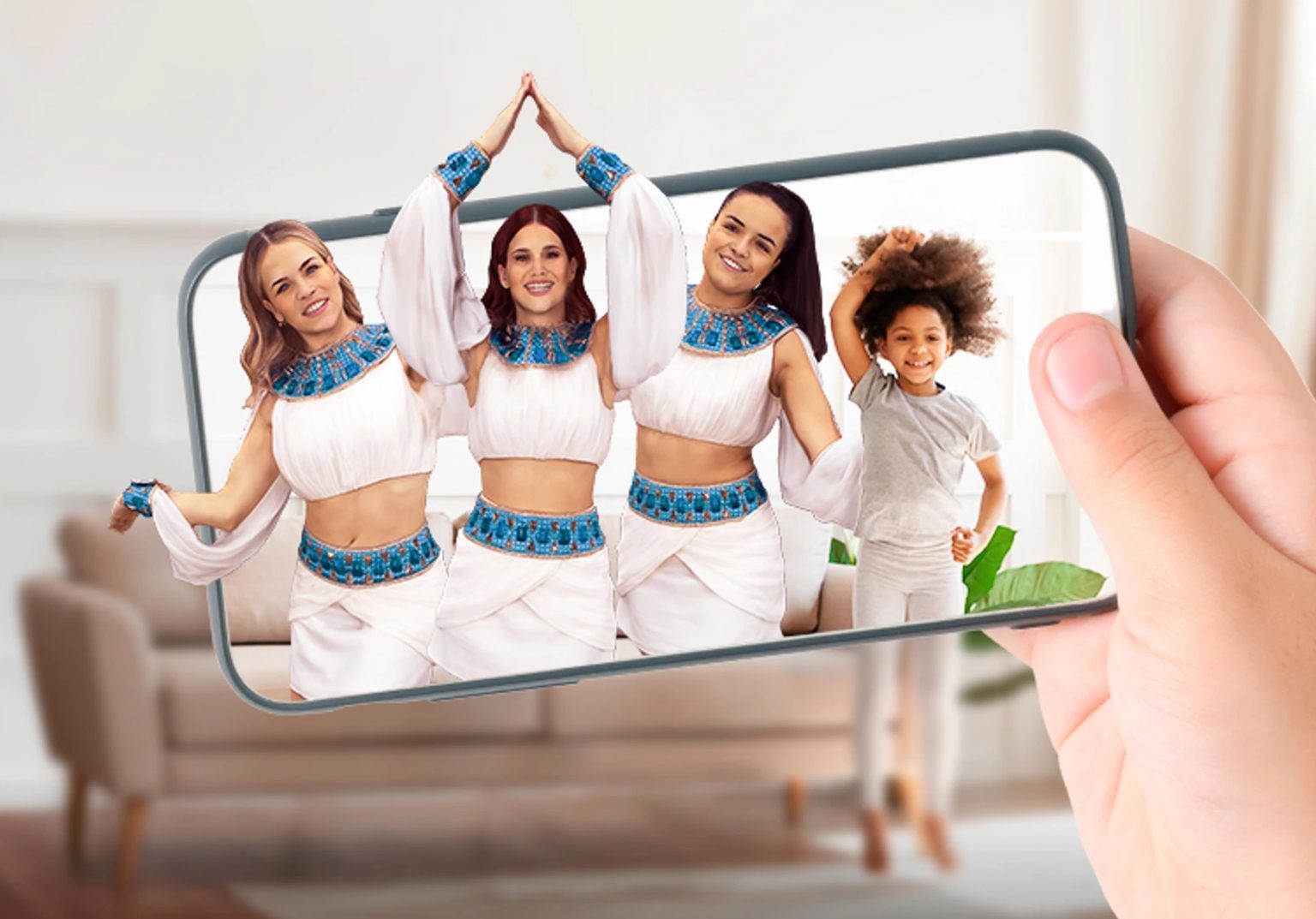 A lot is technically possible with the mobile 5G network. The 5G hub at the High Tech Campus in Eindhoven (the Netherlands) is working on the future of health, industry and entertainment.

Appear in the music video of your favorite band without any kind of audition. It is possible with Extended Reality, a generic term for Virtual Reality (VR), Augmented Reality (AR), and Mixed Reality (MR). The Belgian girl group K3 launched an augmented reality app for their latest music video ‘Pyramid of Love.’ This enables you to record a fragment in your living room where you can dance with one of the three Belgian singers.

The idea for the virtual video clip was born in the 5G Hub at the High Tech Campus in Eindhoven, the Netherlands. Earlier this year, the 5G Hub opened at the High Tech Campus in Eindhoven. The four founding fathers – VodafoneZiggo, Ericsson, HTCE, and Brainport Development – are all working there to create a community where projects and initiatives are launched that have a real social impact. “We do this together with partners from the ecosystem.” These include high-tech company TMC, or multimedia companies such as Dutch Rose Media and 4DR studios. The last two stemmed from the video clip.

Technically speaking, the mobile 5G network opens up a lot of possibilities, says René Visser of VodafoneZiggo. “But it is and remains a tool. Therefore, the 5G hub is going to tackle issues from the real world. In the hub, all applications with a 5G network are available. We only have to link them to the queries companies have. We will come up with solutions together with the ecosystem.” The 5G hub has three central themes: the future of entertainment, the future of health, and the future of industry.

Techniques like VR and AR are not new. VR goggles are here already and you can play games in AR and VR environments, like Exodus Burned in the Active Esports Arena in Eindhoven. But the physical and the virtual worlds can merge into each other if you have a communication platform in the middle of it. In that case, for example, you would no longer make video calls with a colleague, instead, a 3D version of them, their avatar, would appear at your table.

Then you are talking about Social XR, where the distances between people disappear, Visser explains. It means a whole host of new possibilities for experiencing entertainment in a new way. That’s why the 5G hub focuses on the question of what the future of our entertainment, among other things, will look like. She does this together with The Park Playground. A Belgian start-up that works on innovative approaches to entertainment, says Philippe De Schutter, managing director of The Park Playground. The startup is an initiative of Telenet, a sister organization of Liberty Global that owns 50 percent of the telecom company VodafoneZiggo.

The Park has seven locations in Belgium where everyone from 12 to 88 (“that’s the highest age we have ever had visit”) is welcome to come and play, says De Schutter. Meanwhile, there have been more than 120,000 visitors. Visitors enter a virtual reality setting, explains De Schutter. “Armed with a light backpack, VR glasses, and a futuristic weapon, you and your teammates have to complete a challenging mission.”

De Schutter wants everyone to have access to entertainment. Much has changed, for example with the arrival of Pokemon Go, he continues. People are looking for virtual dinosaurs in parks with their smartphones. Or the computer game Fortnite, where players can create their own worlds and battle arenas. In 2019, DJ Marshmello gave a virtual concert in that game. Millions of visitors flocked to the concert. And more recently, De Ronde van Vlaanderen (The Tour of Flanders), which was virtually ridden by the pros at home.

“What we want to do is bring generations together. Not isolate them like a game like Fortnite actually does,” stresses De Schutter. For example, The Park made an AR and VR version of the Dutch television game De Mol.

People still have to visit The Park for a gaming experience such as the ones De Schutter has in mind. This is partly due to the type of computer that is needed to create these experiences. Players carry a backpack containing a computer that receives images from their headsets and VR glasses. Those images go to a central computer to be merged, De Schutter explains. “After that, the images are sent back to the computers in the players’ backpacks. This allows the players to actually see each other and react to each other. They can grab each other’s shoulders and warn each other that there’s a wolf behind them, for instance.”

These backpacks cost 4500 euros each, and the VR glasses 1300 euros, De Schutter adds. “For each player, you quickly exceed 5000 euros for a gaming experience. Of course, no one is going to buy that for their own home.”

Ultimately, De Schutter wants people to be able to experience this kind of gaming experience at home. So they don’t have to come to a venue to do that. A 5G network can handle that, says De Schutter. This makes it possible to quickly transfer data that would otherwise be stored on a computer. “The video clip from K3 is a step towards that gaming experience.”

“For us, the biggest challenge is to keep our focus. With VR, you can do anything, anything is possible. The strength of a group like the 5G hub is that it spreads its tentacles selectively and establishes connections to make progress. For example, when I tell René that we are working on virtual games for home use, then he puts us in touch with the right people.”

De Schutter himself contacted Studio 100 for the game with K3. The girl group is a creation that came out of Studio 100. Other characters are Samson & Gert, Bumba, and Mega Mindy, among others. “We’re trying to release the widest possible range of products around our characters,” says Piero Cavaliere, who has the end responsibility for the children’s channels and platforms. In addition to films and concerts, there are TV series, amusement park rides, books, shows, and merchandise.

Games are an increasingly important part of children’s entertainment experience, notes Cavaliere. “It’s only logical that we also take a look to see what role we can play in this with our characters. The idea of linking a virtual video clip to the song ‘Pyramid of Love’ arose in conversation with De Schutter. An AR app for that song was developed together with The Park. This enables the women from K3 to appear in a living room and children can dance along with one of the women. They can then share that clip on social media.”

As well as the AR app, a VR experience will soon be introduced in The Park. This means that K3 fans will be able to relive scenes in K3’s latest film ‘Dans van de Farao’ (Dance of the Pharaoh), which was scheduled to premiere on December 16. Cavaliere: “The film is a bit more adventurous than previous K3 films. That story is perfect to use in a game. Children and their families face challenges together, they have to solve puzzles and overcome obstacles to successfully complete the game”.

To René Visser, the collaboration between The Park and Studio 100 is a wonderful example of what the 5G Hub has in store. “You can come to the hub to get inspiration and explore the potential. But what matters is that we find out what the bigger issues are for companies and organizations. This is very clear at The Park. The 5G hub allows multiple parties to think about things and work together. This is where the strength of the ecosystem lies.” Other organizations involved are De Effenaar music venue in Eindhoven and the Netherlands Organization for Applied Scientific Research (TNO).

The 5G Hub received a couple of awards this month during the Computable Awards 2020. One for Hardware & Infrastructure. According to the nomination page, the 5G Hub is “an indispensable link for the introduction of the fifth generation of mobile internet in the Netherlands.” And the Connected Ambulance has been honored as a Digital Innovation. The collaboration of 5G Hub with Philips, the Brabant South-East Municipal Health Service (GGD Brabant-Zuidoost), and Catharina Hospital showcases “the potential of 5G for healthcare” according to the nomination page.

This article was first published on Innovation Origins: https://innovationorigins.com/dance-along-at-home-in-the-music-video-of-your-favorite-band/ 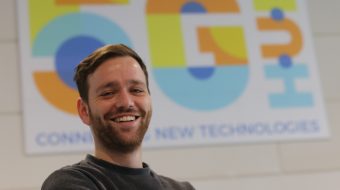 With an eye for business models and a passion for making a difference in people’s lives, Luuk de Waard has... 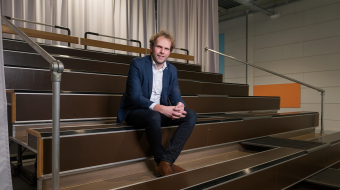 Describing himself as very authentic, open-minded, as well as “a conceptual thinker,” VodafoneZiggo’s Rene Visser has been involved in the 5G Hub project... 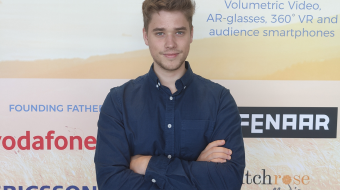 The Future of Talent #3 – Levi Vlasblom

Starring this edition of our series on The Future of Talent is Levi Vlasblom. The computer engineering student started his internship at the...

Any cookies that may not be particularly necessary for the website to function and is used specifically to collect user personal data via analytics, ads, other embedded contents are termed as non-necessary cookies. It is mandatory to procure user consent prior to running these cookies on your website.